Arriving to Torino By plane

The airport is located 16 kilometres northwest of the town center. A railway links the airport to Turin "GTT Dora Railway Station" in 19 minutes. Bus service between the city centre and Turin airport has several stops including Porta Nuova and Porta Susa railway stations.


Arriving to Torino by train

For participants attended also to I2MTC2015 there is Freccia Bianca fast train from Torino Porta Nuova to Pisa, leaving on Saturday, May 9th, afternoon at 15.20 and arriving in Pisa at 19.10. 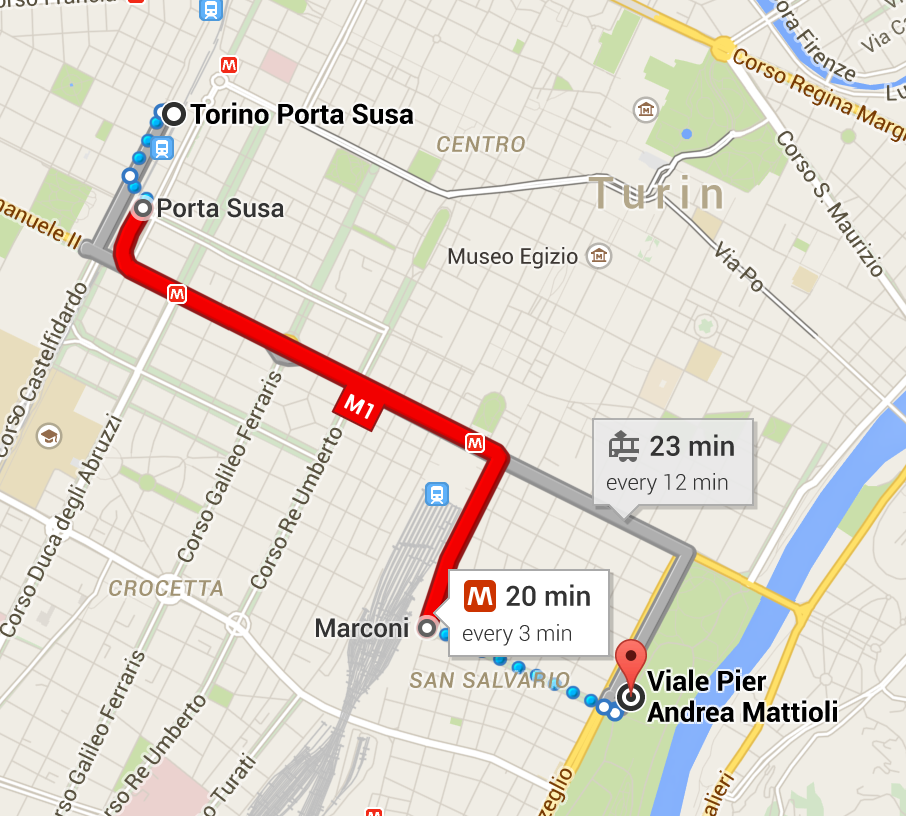 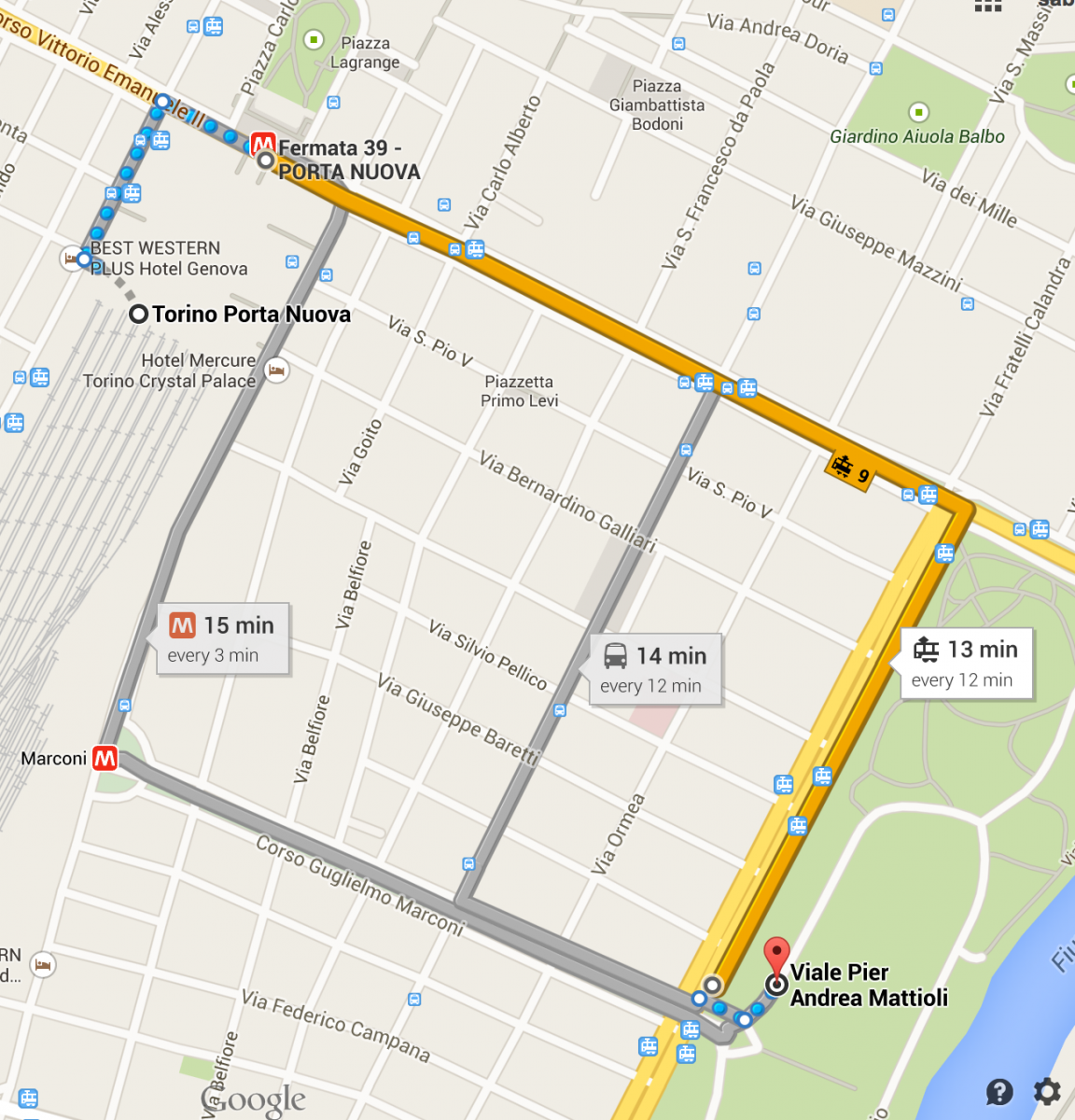 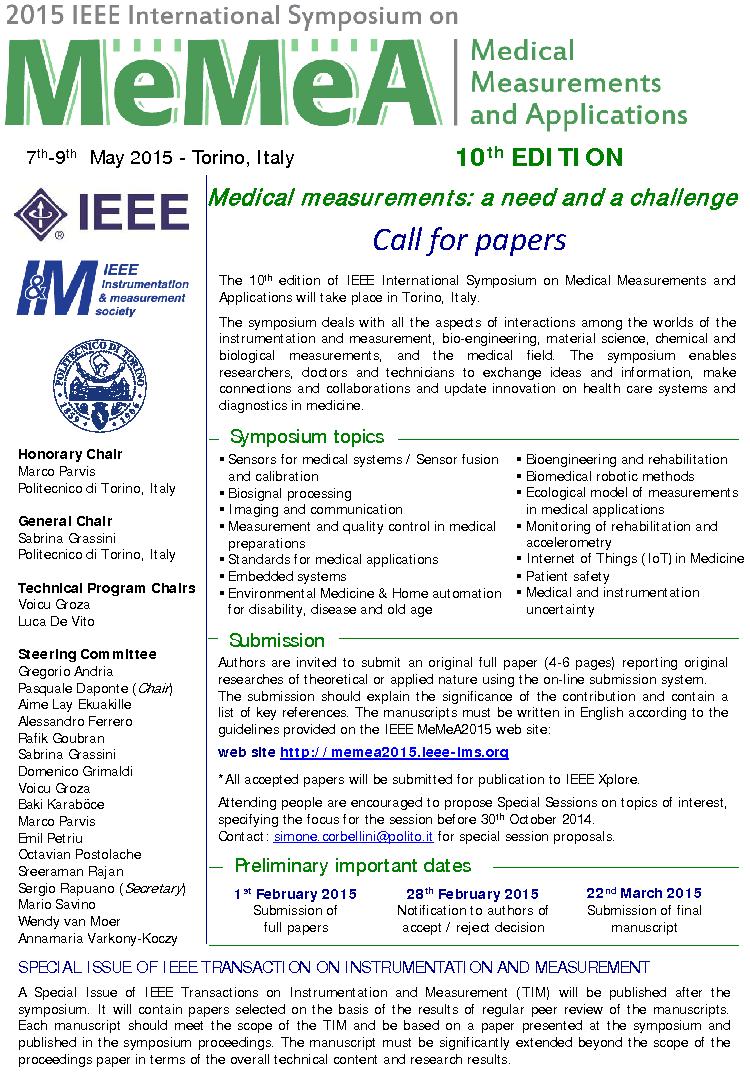